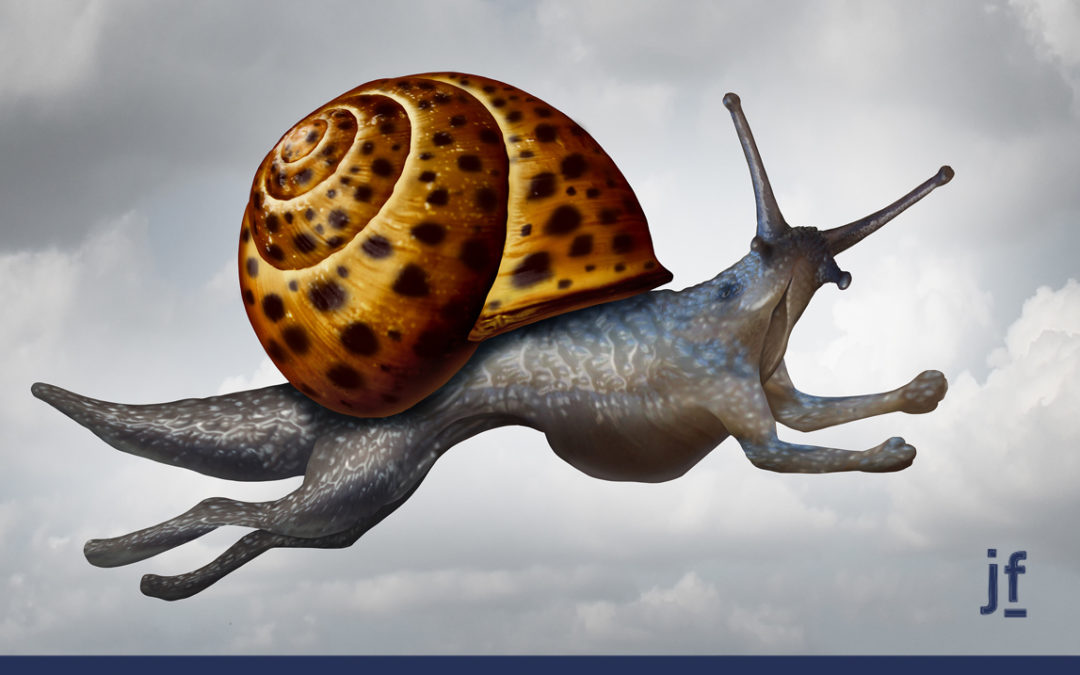 Is the pain we think is permanent really permanent?

Twelve years ago, I felt trapped in a life I believed I was fundamentally powerless to change.

One of the questions that vexed me to no end was

Why Am I ALWAYS SO SLOW?

All the way back to grade school, I have vivid memories of tests taking me far longer to complete than it seemed to take the other kids. Homework too.  To me, this predicament seemed ABSOLUTELY UNFAIR and as a result, I became intensely frustrated and labeled myself incapable and STUPID, as the one likely to always be left behind.

As you can imagine, this worked wonders for my self-esteem!

Do you ever get critical of yourself when daily tasks, be they at work or at home seem to take WAY TOO LONG?

This habit of frustration and vicious self-labeling extended beyond my school days to the career I held for a decade after college and then onto how I assessed the quality of the work I did in my own business.  Given all this experience feeling bad about the speed with which I worked, I was virtually certain I would feel slow and unproductive until the day I died.

BLIND TO WHAT I HAD THE POWER TO CHANGE

It wasn’t until a few years ago that I began to understand the reason I moved so slowly wasn’t exclusively, or even primarily, because of cerebral palsy, but rather on my work habits.

I was utterly blind to what I had the power to change because I was so intensely focused on that which I FELT powerless to change.

To use a ridiculous example, it’s like if someone adopted the habit of continually repeating a variation of the word “Hello” for 16 hours a day, 7 days a week.   Pretty soon, that person would not only have a marked reputation as “The Hi Guy”, but saying “Howdy” would become an expectation, so much so, that it could reasonably become an identity. He could forget that he was capable of anything other than saying “bonjour” over and over again.

Yes, any one of us can lose sight of all the options we have to grow and make positive changes in our lives.
Consider the below chart:

Unfortunately, I didn’t have a chart like this to look at 12 years ago.

Reading through the first inventory now, it’s very obvious to me that the belief system I held of myself was a complete and utter illusion.  The pernicious thing about an illusion is until we recognize it as an illusion it can seem like and iron-clad, unchangeable reality.

The notion of recognizing that something you had always thought unchangeable to be, in fact, changeable seems like it should be liberating.  Yet, it can also be overwhelming, as once you recognize that change is possible, you realize that a great deal of work may be required to change it.

At least this is what I’ve found.  I take steps to develop and hone my productivity skills almost daily. It is an essential practice and I suspect it will be a lifelong process for me.

Putting focus and effort into this work is so much more rewarding than feeling like a helpless victim to my disability.

Taking an honest inventory of your life and identifying the help available in areas you feel helpless is not easy work, in fact, it might take all the courage and determination you can muster. But it is possible. And so long as possibility is a viable option, why would you ever choose to feel helpless again?

He excites and encourages his audience to break through the barriers of their own limitations using a method he created, called “doing your Imperfect Best ™”.